4 Best Places to Visit in and near SriPerumbudur – PAKKAHOUSE.IN
Skip to content

Tourism » 4 Best Places to Visit in and near SriPerumbudur

Sriperumbudur is a famous place for many Temples and Amusement Parks, It is the place where Rajiv Gandhi was assassinated and we also have a memorial Park.

There are Many Places to Visit in and Near Sriperumbudur, It is very close to Chennai just 42 km and from Tambaram just 23 Kms.

Sriperumbudur is also a place for many electronic industries like Foxconn and other Automobile Industries.

Below are the list of Places to Visit in Sriperumbudur 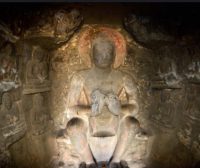