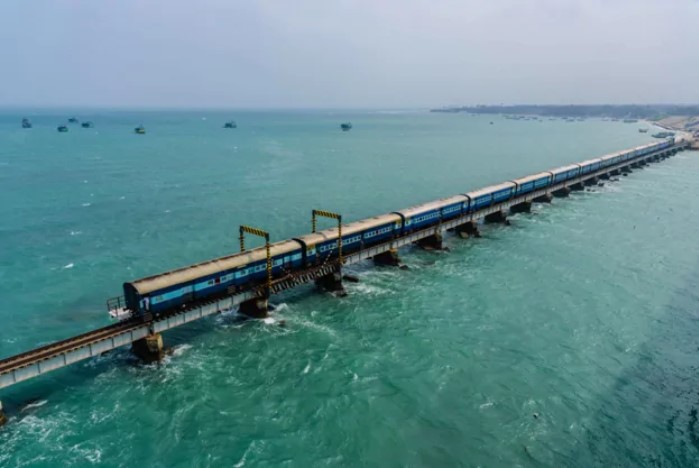 Rameswaram is the Top Tourist Spot in Entire Tamil Nadu, The Pamban Bride and the Dhanushodi Arc from where Srilanka is just 12 km away and the Sunset Point all are the tourist attractions.

Many Youtubers Aim to Reach Pamban Bride and also the Dhanushkodi Point, There are Also Famous Temples nearby in this State.

Also, our Famous and Former Indian Scientist and President Abdul Kalam were born here and there is also a memorial, Which happens to be his Old house which is definitely worth a visit.

This place has many references and Temples Related to Ramayana like Lakshmana Theertham, Ramar Temple, and Also Pancha Mukha Anjaneya, That’s why this place is named Rameswaram, Also Floating Rocks Can be seen here, Where The Vanara Built a bride for the Rama Warriors to Reach Sri Lanka.

Top Attractions and Places to Visit in Rameswaram

The tourism Department is wonderful in Chennai, Ancient Temples, Rivers and Lakes, Dhanushkodi, and other Parks and View Points made almost 12 million foreign tourists visit Tamilnadu in 2019

Next post 7 Best Places to Visit in Gulbarga, Karnataka