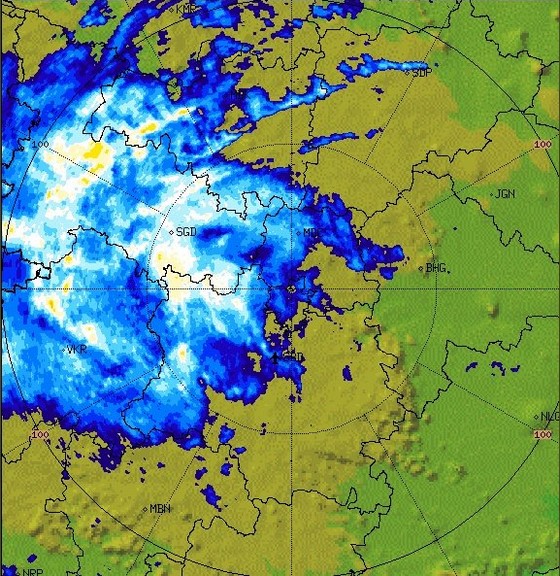 Hyderabad City Received the Highest Ever rainfall this time, It is the first time ever since 150 years.

From 2015 City has been receiving excellent rainfall and the ground water levels have been constantly increasing.

But in 2016 one day it received heavy rainfall in just 2 hours, It completely flooded the Entire City and from them continuously monsoon rains have been very perfect.

But this year on October 13th, The Cyclone from the Bay of Bengal hit many places in AP and travelled towards Hyderabad City.

The Winds and Rains traveled from east of Hyderabad and traveling towards west, It hit Nizambad today and very likely Maharashtra is going to receive very heavy rainfall in coming days.

TRS Government has been elected for Municipal Corporation in 2016 But seems like nothing Changed since 2014 as well.

Because KCR Promised he would make Hyderabad similar to Dallas, But Improper and Poor Architecture failure completely Flooded City Again.

No Proper Changes in Drainage System made city completely drain in river, And also Metro Pillars Started Showering water from top to down to Roads.

GHMC Elections are just a few Months Away and this Improper Response and management are irritating Citizens of Hyderabad.

Musi dam in Nalgonda district is getting around 1.8 Lak cusecs inflow which is more than it’s outflow capacity, officials are trying to break the dam to reduce the water level in the dam before it breaches.

Next post Non Chinese Mobile Brands or Smartphones In India